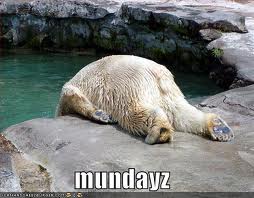 If it all turns to crap I’ll go help the poor hungry people in Africa. That’s what I used to think. My trusty back up plan. Africa laughed at such a notion. If it has all turned to crap then please don’t bring your shit here. We don’t need any more.

Many folk think they can change Africa, but more often than not, the hot dusty continent ends up changing them.

Once upon a stinking hot day in Zambia, south-east Africa, I went for a run. It was early evening, just before the enormous burnt sun would drop like a grapefruit out of the sky, plunging everything into darkness.

About half way around my loop through miombo woodlands, with legs and lungs feeling like lead, a bunch of children ran up and mimicked my lumbering style. Some had flip-flops on, others sprinted effortlessly past me in bare feet yelling ‘Mzungu, mzungu!’ then bursting into laughter. Great, I thought. I came here to get away but I can never get the fuck away.

On a previous run, a gaggle of nuns had taken the piss out of me too. The head nun, in true Whoopi Goldberg fashion, swung her hips from side to side and yelled “WHY ARE YOU RUNNING?”

A white woman jogging – in the middle of the hot season – was comedy. With nobody chasing me, it seemed absurd. You’re running away from your home so you can then run back towards it? The children’s laughter reminded me how ridiculous I was, not interested in the poor hungry people, but obsessed with shedding an unwanted layer from my bottom.

Yep, I took all my crap with me to Africa.

The only way to stop the giggling was to stop running. The ring leader, a girl about twelve, fell into step with me.

Bridget had enchanting oval eyes and her hair was braided in cornrows that exploded into pigtails on either side of her head. She asked if she could practice English and I decided I could spare a few minutes. Then I had more important running to do.

We talked about school and I asked Bridget what she wanted to be.

“Teacher,” was her reply.

Hardly a lofty career choice, I thought. Easily obtainable in many parts of the world.

For Bridget, becoming a teacher was about as likely as becoming a polar bear expert. She told me her Father would take her out of school at 14.

Being a naïve schmuck, I kept probing. “Why?”

Her Father could not afford to keep her – not In School OR At Home. She would be sent off to another village for the rest of her life. Not to become a teacher, but a wife.

A cocktail of guilt and gratuity burst over me. I felt grateful kiwi fathers encourage careers for their daughters, not dowries. And I felt guilty I had been so annoyed. Bridget wanted to connect with another piece of the world; a different life.

There was no more running that day, just lots of practicing English on the side of the road.

Ever since, girls’ education in Africa has had a special drawer in my heart marked NEEDS ATTENTION. African girls have a lot taken away. They are more likely to be sexually assaulted than attend high school, married before their 15th birthdays and fall pregnant before their bodies are ready. Then they have that fun thing called childbirth to get through.

* But an educated girl will marry later and have a smaller family. For every year she stays in school her income will increase by 10%, she will invest 90% back into her family, and ensure her children go to school, just like she did. An educated girl can change her life.

Our African dance event is growing. Every cent raised goes to girls in Ghana.

As for me, I’ll be there shaking my everything. Africa taught me that an extra layer of lard on the butt is perfect for something: dancing.

* Thanks to Do It In A Dress for the stats.

5 thoughts on “Does My Butt Look Big In This Continent?”

Writer. Wig wearer. Bad dancer. Basically, extremely dangerous. When I’m not ranting here about something rummaging around in my head I’m a brand storyteller and speaker-up-er of messages bombarding young girls on body image.

Other Words From Me